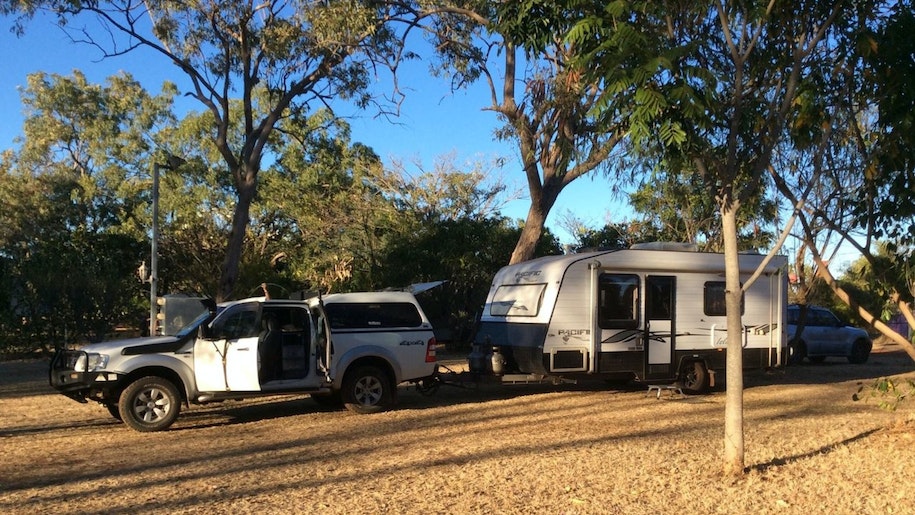 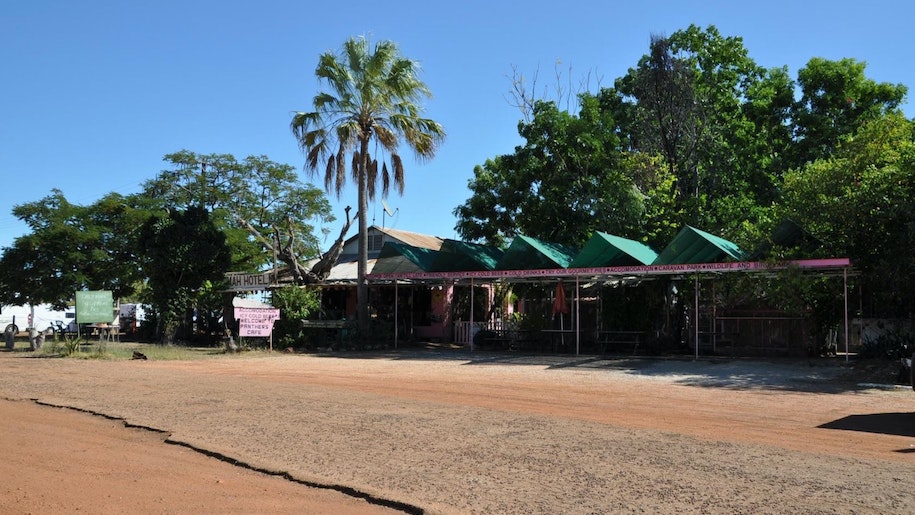 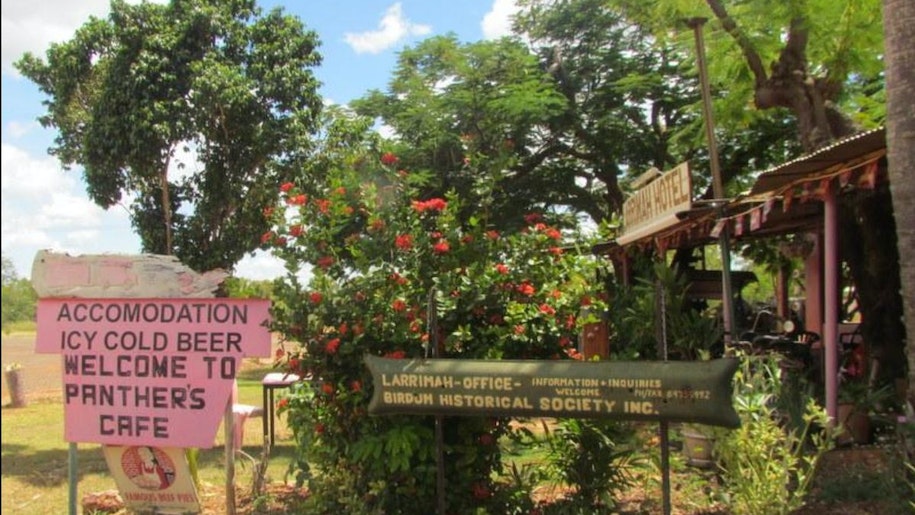 The Larrimah Wayside Inn Caravan Park on the Stuart Highway 158km southeast of Katherine, NT, is renowned for its colourful publicans – and its home-made pies, cooked daily. The park has shady, dog-friendly powered and unpowered sites with a friendly camp kitchen, store, and swimming pool and spa. The restaurant offers tasty Aussie staples for breakfast, lunch and dinner. You can sit by the camp fire with a cold beverage in hand to watch the staff cook in a camp oven or spit and hear some authentic NT tall tales – you might even meet one of the 47 town locals. With a swimming pool, spa, kiosk/store, and great restaurant, the Larrimah Wayside Inn Caravan Park is a comfortable resting spot on the Stuart Highway between Darwin and Katherine, NT.